Who is Released in a Settlement Agreement?

In a settlement agreement, the parties are releasing each other (or one party) from any claims that may arise out of the incident and any future claims that may arise from the incident. The settlement agreement needs to specifically state that the party or parties are released. Heirs, executors, and assignees can also be released in a settlement agreement, whether it be mutual or unilateral. For example, if a woman has heirs, such as two children and six grandchildren, those heirs can also be released so they do not become liable for any debts owed by their mother and grandmother.

What Needs to be in a Settlement Agreement?

Regardless of the kind of settlement agreement, it does need to contain the following 1) Full names of the parties joining and signing the release, 2) Specifics about the incident that put the parties in conflict, 3) The title of the lawsuit if a lawsuit is pending, 4) The consideration, and 5) Indicate exactly what the parties are releasing each other from.

The consideration is the monetary amount of the settlement and anything else either party agrees to. In essence, the consideration is what will end the dispute. For example, in a settlement agreement involving a car accident, the injured party may ask for the consideration of $50,000 in medical bills and $10,000 for their pain and suffering. They may also ask that person who damaged their car pay for the repairs to the car. Consideration does not strictly have to be a monetary amount. For example, in a business dispute that involves a settlement agreement, a business may agree to stop using a certain name because it is too close to the other business’ name.

Who is Liable in a Settlement Agreement?

If you need assistance in a civil dispute, local attorney Andrew Szocka provides thorough civil litigation help in the Chicagoland area. To schedule a free initial consultation, visit the Law Office of Andrew Szocka, P.C. or call the office at (815) 455-8430.

A contract is a legally binding agreement between two or more parties. A contract is formed when three conditions are met:

Can Contracts be Verbal?

In Illinois, contracts can be verbal or written down. However, the best option is to have a written contract. Without a written contract, it could cause potential problems if the legal route is taken to acquire compensation for damages. In court, verbal contracts can become tricky to present as enforceable and valid because “For an oral contract to be valid and enforceable, its terms must be definite and consistent. When it appears that the language used or the terms proposed are understood differently by parties, there is no meeting of the minds and no contract exists.” Martin v. State Farm Mutual Automobile Insurance Co., 348 Ill.App.3d 846, 855, 283 Ill.Dec. 497, 808 N.E.2d 47 (2004).

Always Have a Signed Contract.

A well written contract is always specific.  If the contract is not specific, the gray areas could be open to interpretation. The person involved in the contract could claim that he or she did not know about a stipulation of the contract simply because the contract was not specific. Even a judge can interpret a contract if it does not have specific stipulations or limitations, which may result in a court decision not in your favor. Specifics include the names of those involved in the contract, compensation for fulfilling the contract by both parties, and how long the contract will last for if applicable among other items. Every minor detail in a contract is important. In Illinois law, “When terms are unambiguous, a court must apply the language as written, given its plain, ordinary, and popular meaning.” Thompson v. Gordon, 241 Ill.2d 428, 441, 349 Ill.Dec. 936, 948 N.E.2d 39 (2011).

If you need help in contract disputes, local attorney Andrew Szocka provides thorough civil litigation help in the Chicagoland area. To schedule a free initial consultation, visit the Law Office of Andrew Szocka, P.C. or call the office at (815) 455-8430. 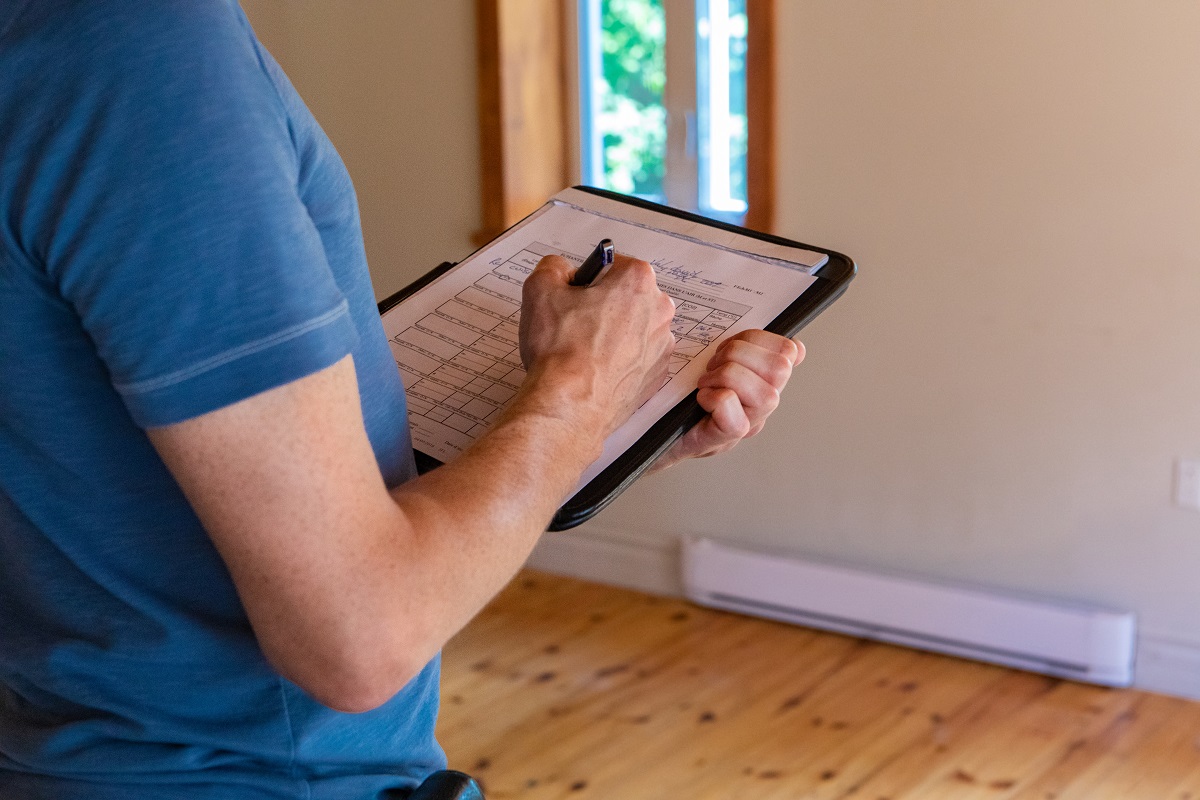 Landlord Leases: How to Protect Your Property and Finances

First, remember to have your basics in the lease.

Those are only a few of the basic questions you must ask yourself when preparing a lease. After the basics are laid out, it is time to go into detail.

Beyond the basics, it is important to be specific in the lease just like any other contract. For example, if you do not want pets on your property at all, then make sure that is explicitly stated in the lease. In order to deter tenants from doing what you do not want them to do, make sure the consequences are clearly outlined. For example, if you say that no pets are allowed on your property, then stipulate that there will be a fine for breaking this rule if that is the consequence you choose.

The biggest deterrent, and a clause that should always be present in a lease, is that the tenant will be responsible for attorneys’ costs and fees if you must use the legal route to recover money or compensation for damages done by the tenant. Without this clause, you could end up paying for the legal fees out of pocket. The tenant will not be obligated to pay this unless it was stated in the lease. This clause in the lease protects you financially and should always be included in the lease.

Like any other contract, it is in your best interest to have the lease in writing and signed by all parties living on the property.  While many landlords choose to write their own leases, it is never a bad option to have a lawyer write up a lease for your protection.

If you are interested in having an attorney draft a release for your rental property or properties, local attorney Andrew Szocka provides thorough lease writing in the Chicagoland area. To schedule a free initial consultation, visit the Law Office of Andrew Szocka, P.C. online or call the office at (815) 455-8430.

The Illinois Department of Revenue recommends the use of the online filing program called MyDec (MyDec – Online Real Property Transfer Tax Declarations – Property tax (illinois.gov)) to calculate these taxes and to make the declaration.

Through MyDec, the transfer taxes for both the state and the county are automatically generated based on the purchase price of the property. You can review and verify declarations as well as authorize and print real estate transfer tax stamps. You will also be able to run reports on the declarations in your jurisdiction. However, each county has their own requirements for transfer taxes, so always confirm with the county what must be done prior to the closing. Regardless of individual county requirements, MyDec can be used for any county in Illinois.

Title companies, lawyers, individuals and settlement agencies are able to use MyDec too. Title companies use this to calculate the taxes when closing on a property. Title companies can submit, approve, or reject declarations. However, the MyDec tax calculations are paid at the closing. Once the sale is complete, the title company approves the MyDec filing. Attorneys can file the MyDec on behalf of their clients, the sellers.

(a) value of the property

(c) legal description of the property,

(e) the type of deed, transfer, or trust document

(f) the address of the property

(g) the type of improvement if applicable

(h) information as to whom the transfer is between

(i) the lot size or acreage

(k) the year the contract was initiated if any installment sale

(m) the name, address, and telephone number of the person preparing the declaration

(n) whether the transfer is pursuant to compulsory sale

SLANDER OF TITLE: YOUR PROPERTY’S TITLE HISTORY CAN BE PROTECTED.

If you are an individual who owns real estate in Illinois, you should be aware of your property’s title history.  The title history is a list of all documents recorded against the property in the county where the property sits.

Recorded documents are submitted to the county’s Recorder’s Office and are assigned a document number.  Documents recorded against your property are usually available to view on your county Recorder’s website.

A typical title history for a residential property likely includes only deeds and mortgages.  For example, when one party sells a house, they convey it to another party with a deed.  The party buying the house may get a mortgage that secures the loan used to buy the house.  In this case, the mortgage is recorded against the property in favor of the lender that loaned the other party the money to purchase the home.  When the property is sold again, the previous mortgage is usually paid off and released.  In this way, a title history may only reflect a series of deeds, mortgages, and released mortgages.

But not all title histories are clear.  It is possible for someone to record a document against your property with bad intent.  Illinois courts may consider this a “slander” of your property’s title and award monetary damages.

Slander of title generally occurs when someone maliciously records a false document against your property’s title.  If you are damaged by this recording, you pay to have it removed, or it affects your ability to sell the property, you may be entitled to damages.

An Illinois court may even award damages that are punitive, or meant as a punishment, against the person who slandered title.  This depends on the level of maliciousness of the individual who slandered title and the damage actually done to your property’s title.

For example, many people have disputes with creditors.  If you pay what is owed and the creditor still records a lien against your property, the creditor may be slandering your title.  More common is a dispute with an acquittance or relative when they record a deed that affects your property and purports to convey it to somebody else.

As a result, it is prudent to periodically check your title history.  If you believe someone recorded an inappropriate document against your property, local attorney Andrew Szocka provides thorough and speedy real estate help in the Chicagoland area.  To schedule a free initial consultation, visit Andrew Szocka, P.C. online or call the office at (815) 455-8430.